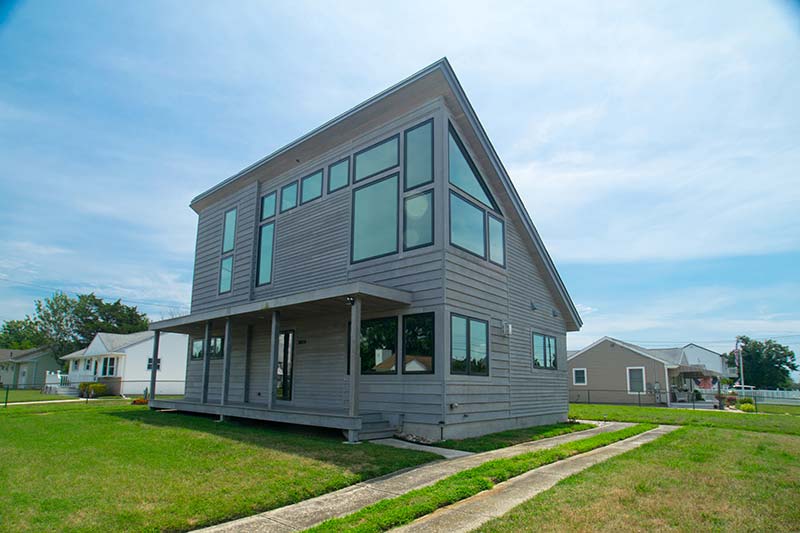 Yesterday millions of people across the U.S. experienced the first total solar eclipse visible from coast to coast in 99 years. In honor of that event, this week’s #TechTuesday is dedicated to a Photovoltaic System.

Solar cells, also called photovoltaic (PV) cells by scientists, convert sunlight directly into electricity. PV gets its name from the process of converting light (photons) to electricity (voltage), which is called the PV effect. The PV effect was discovered in 1954, when scientists at Bell Telephone discovered that silicon (an element found in sand) created an electric charge when exposed to sunlight. Soon solar cells were being used to power space satellites and smaller items like calculators and watches. (NREL)

PV cells come in many sizes and shapes, from smaller than a postage stamp to several inches across. Solar cells are often less than the thickness of four human hairs. In order to withstand the outdoors for many years, cells are sandwiched between protective materials in a combination of glass and/or plastics to make a PV module.

In order for the generated electricity to be useful in a home or business, a number of other technologies must be in place: 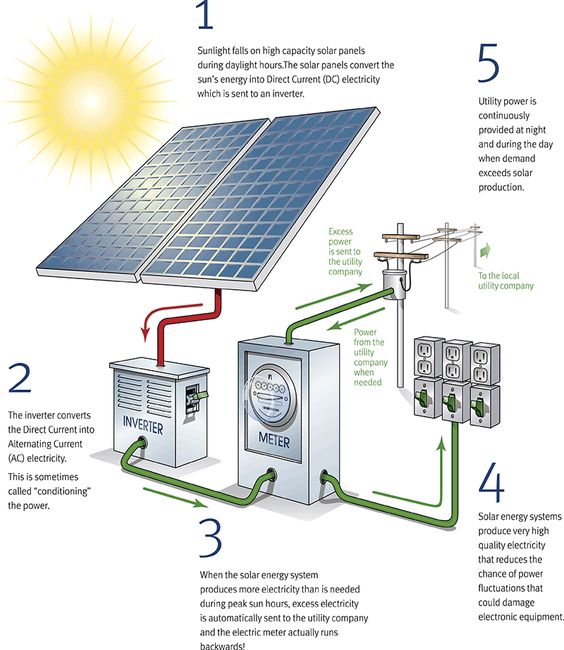 PV arrays must be mounted on a stable, durable structure that can support the array and withstand wind, rain, hail, and corrosion over decades. These structures tilt the PV array at a fixed angle determined by the local latitude, orientation of the structure, and electrical load requirements. To obtain the highest annual energy output, modules in the northern hemisphere are pointed due south and inclined at an angle equal to the local latitude. Rack mounting is currently the most common method because it is robust, versatile, and easy to construct and install.

Inverters are used to convert the direct current (DC) electricity generated by solar photovoltaic modules into alternating current (AC) electricity, which is used for local transmission of electricity, as well as most appliances in our homes. PV systems either have one inverter that converts the electricity generated by all of the modules, or microinverters that are attached to each individual module. A single inverter is generally less expensive and can be more easily cooled and serviced when needed. The microinverter allows for independent operation of each panel, which is useful if some modules might be shaded.

Advanced inverters, or “smart inverters,” allow for two-way communication between the inverter and the electrical utility. This can help balance supply and demand either automatically or via remote communication with utility operators. Allowing utilities to have this insight into (and possible control of) supply and demand allows them to reduce costs, ensure grid stability, and reduce the likelihood of power outages.

Batteries allow for the storage of solar photovoltaic energy, so we can use it to power our homes at night or when weather elements keep sunlight from reaching PV panels. Not only can they be used in homes, but batteries are playing an increasingly important role for utilities. As customers feed solar energy back into the grid, batteries can store it so it can be returned to customers at a later time. The increased use of batteries will help modernize and stabilize our country’s electric grid.

The largest PV systems in the country are located in California and produce power for utilities to distribute to their customers.

ASK US HOW WE CAN HELP YOU CHANGE THE WAY YOU BUILD!