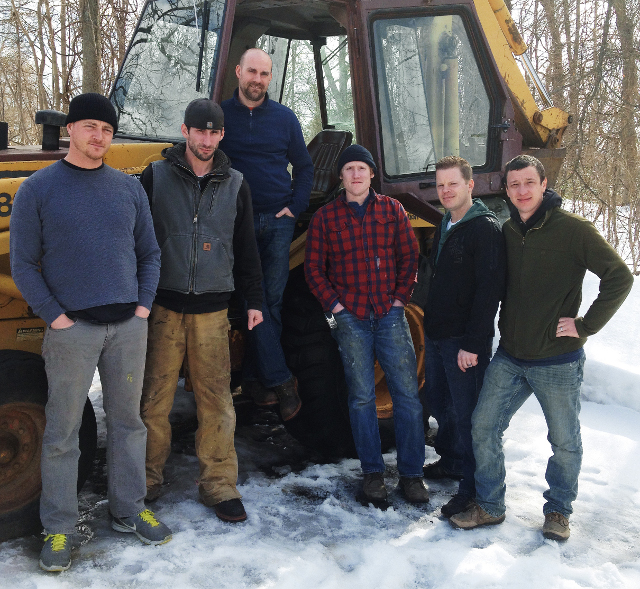 When Michael Sebright was forced to close his young architectural and building firm, Stimulant Design, in 2008, he was starting to feel pretty disillusioned with the construction business.

A 2002 graduate of Temple University’s undergraduate architecture program, Sebright had spent the last four years working for Philadelphia design and build firms, in drafting designs and managing the construction of projects for his bosses and clients, ranging from home builders to major restaurant chains.

While on these jobs, the Blue Bell resident had seen contracting firms waste clients’ money for a range of behaviors, from simple incompetence to corruption.

“It was disheartening,” he said. “I kept getting frustrated with the process, but I also started to get an idea of what I wanted to do.”

With cash stored up from Stimulant Design, Sebright and two other colleagues spent a year attending construction conferences around the globe, learning everything they could about new building techniques and materials with an emphasis on developing sustainable strategies.

That company got off the ground last year with a conversation Sebright had with Brookes Britcher, one of the guys behind the Chestnut Hill Arts Initiative, a team that created neighborhood-wide art installations including “New Trails,” which celebrated the Wissahickon.

“We worked together on New Trails when Michael proposed an installation,” Britcher said “We stayed in touch ever since. Then we began talking, and it was clear he was looking for someone with an arts background to lend a creative perspective and to move in a different direction.”

Sebright had been thinking that rather than try to train current contractors to work with new techniques and materials, he would have to do the building himself, and hiring Britcher seemed like a good way to start.

After that conversation, Sebright formed Evolve Build, a new kind of construction company that will design and build any project. They’ve started small – one early job was the total refit of the Top of the Market home of John Ingersoll’s Evergreen Cheese last year – but Sebright says they are currently taking on jobs that range from home remodeling gigs to the restoration of a historic home damaged in a storm last winter. That job will include the restoration of several pieces of handmade furniture.

The crew started with what Sebright said were smaller and more manageable jobs. In addition to Evergreen Cheese, the company transformed a South Philadelphia garage property with an apartment above it into a dance studio.

“The work has been good, and we’ve really begun to work better as a team,” Sebright said. “I think we’re ready to do anything now.”

Britcher, a center city resident and a longtime employee of Top of the Hill Deli, said the transition to working at a construction company has been good and, in a lot of ways, a natural progression.

“In some ways, it was a calculated risk for Michael to take us on,” he said. “For me, the learning has been fulfilling. It’s always good to work with people who care about the work they’re doing.”

Britcher emphasized that the firm was interested in doing public work as well as growing its professional portfolio. Britcher said the team worked on a green energy project, Clean Currents, that was looking at ways to develop energy options in the Kensignton neighborhood.

“It’s part of the greater vision Michael has for being a responsible company,” Britcher said.

Asked why someone might hire his firm, Sebright said Evolve Build could work in a way few other firms could.

“Because we’re both a true design and build firm, we can go from design to construction really fast and we can tailor our services to what the client needs,” he said. “We can give them what they want within a budget that will make sense for them.”

The young firm is currently building a website. Until then, the best way to reach it is through Facebook at www.facebook.com/pages/evolve-build/607038242670392.